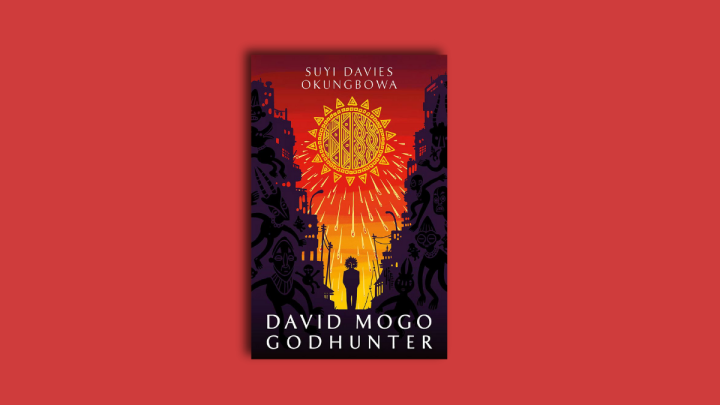 David Mogo, Godhunter is a gritty narrative about the Lagos underworld, Isale Eko (or Eko Isale) after displaced gods start inhabiting the city. Read the goodreads description.  It is not a ‘pretty’ or ‘flowery’ novel. There is crime, blood, violence, and a good dose of profanity. A chunk of the dialogue is in Pidgin and broken English. However, the main character, David Mogo narrates the story in English (and quite dramatically if you ask me).

In a way, the novel reminds me of Tomi Adeyemi’s Children of Blood and Bone. Magic and wizardry are heavily featured in both, and the influence of Yoruba mythology is evident in the two novels. They both tell the story of one person saving a city with the help of their army of underdogs. However, the novels approach the story differently. David Mogo, Godhunter is more authentic in its references to Nigerian culture, and the setting and descriptions are more realistic. I think Children of Blood and Bone is more appropriate for younger readers.

What did I like about this novel? I enjoyed the references to Nigerian mythology as a whole. Several gods from different tribes were featured in the novel, and I got to learn a little about each god during the course of the story. Though, it got a little confusing to keep track of the individual gods and their function in the story, after I had read about the 4th god.

The novel is set in Lagos, Nigeria, a fictional version, but Lagos nonetheless. I like that the author didn’t shy away from that. He described the city beautifully. He also addressed Nigerians’ attitudes towards native magic and religion—since magic is a central aspect of the narrative. The novel comments on different Nigerian social issues like police brutality and the #EndSARS movement, child marriage, and Boko Haram.

The story moves quite slowly in the beginning, as the author established the setting and provided background details. While I enjoyed reading about familiar environments, it felt like the conflict would never surface. And when the conflict did surface, I didn’t enjoy the descriptions or the long monologues from the different characters. They detracted from the excitement in the heat of the moment, and I was tempted to skip over those areas (even though I’d been pining for them since the beginning of the story).

In addition, there were a couple side-bars in the plotline that I didn’t think were necessary to the main story. And some of the narration seemed overly dramatic to me. Like the main character was taking himself too seriously, I rolled my eyes a few times.

I liked the ending of the novel, and how the characters were ‘called out’ for their actions. I don’t think any character was completely blameless for what happened to the humans in Lagos, and I like that the author highlighted that.

All in all, David Mogo, Godhunter tells a good story. I rate the novel 3 out of 5 stars. The narration and style isn’t something that I’m quite used to, it’s definitely a unique taste. I would recommend the novel to anyone who likes dark urban fantasy, or African mythology in general.

David Mogo, Godhunter will be published on July 9th, 2019. I received a free copy of the novel in exchange for an honest review.

You should grab a copy if you’re intrigued by the story. What do you think of this review? Have you read any novels that feature African mythology? 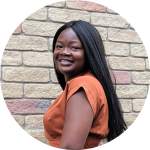